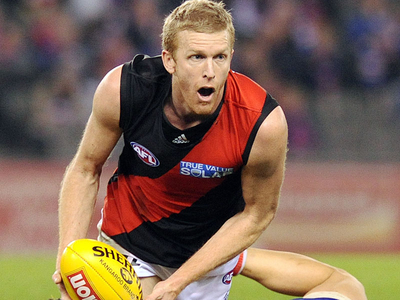 The Essendon Football Club has announced this morning that club stalwart Dustin Fletcher has signed a contract extension that will see him playing at the club for the next 27 seasons.

The 56 year old former All-Australian defender is reportedly thrilled with the new contract, telling reporters that while it’s still too early to definitively say, he hopes this deal will see him playing out his AFL career at the Bombers.

The Essendon Football Club were also extremely happy with the announcement, reportedly worth in excess of 100,000 kilograms of Deep Heat.

Coach James Hird today paying tribute to Fletcher, who last year became the first player in AFL history to play a senior match with his great-grandson. “He’s been a role model at the Essendon Football Club for many years now; all of the young guys look up to him and want to be like him” Hird told reporters, before realising they had asked him about Fletcher and not himself.