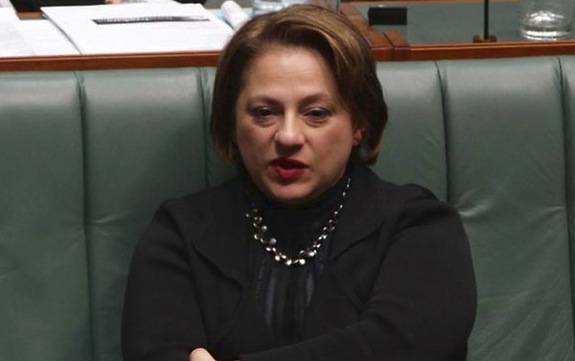 Liberal MP Sophie Mirabella was ridiculed this week after failing to react when Get Up’s Simon Sheikh fainted next to her on the ABC’s Q&A program. But according to a Liberal insider, this was not the first time the controversial politician has watched on as turmoil unfolded around her.

According to the source, who did not want to be named, Mirabella was at the First Test in Cape Town last November when Australia was bowled out for just 47. “She was sitting in the members and watched the whole thing,” the source said. “She just sat there and did nothing as Australia collapsed, just watched on as wicket after wicket fell. We lost nine for 21 for God’s sake. You’ve got to question whether she’s got any compassion at all”.

A Labor spokesperson said that if Greg Combet had of been at the game, he would have stepped in to help. “Oh definitely. It’s just a natural human reaction to want to put the pads on and get out in the middle when you see a team collapse like that. Greg would’ve been out there before you could’ve said ‘we need to put a price on carbon’”.

Mirabella’s office has defended the allegations saying she thought the Australian cricket team was ‘just joking’. “She spoke to Michael Clarke straight after the game and asked him what the f*ck happened”.