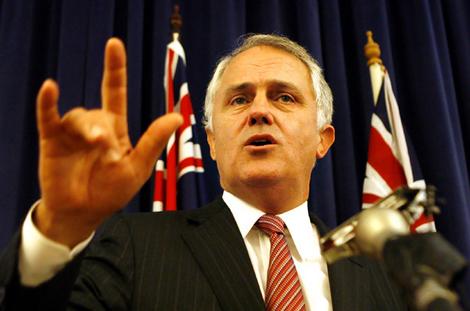 Media advisers working for both Labor and Coalition politicians may go on strike from as early as this Friday after pay negotiations broke down this week. It leaves the real possibility that politicians will say what they actually think when faced with questions from the media.

Opposition leader Tony Abbott said the threat from media advisers was dangerous and irresponsible. Speaking at a press conference at a sausage factory in Western Sydney, Mr Abbott said “This industrial action is not good for Australia. If you were to hear what I actually believe in, rather than a bunch of catchy slogans and meaningless one-liners, it would be nothing short of frightening”.

Prime Minster Julia Gillard echoed Mr Abbott’s concerns. When questioned about the issue by Tony Jones on the ABC’s Lateline last night she said “Can I just first say Tony, that Australia’s Labor Government is committed to giving assistance to small businesses and working families in the two-speed economy”.

But Malcolm Turnbull, whose media advisor has already gone on strike, was more forthcoming. “Well thank fuck for that. Tony Abbott is a wanker, climate change is real and I’m still dangerously bitter about losing the leadership challenge”.

Shockwaves were felt in media circles too, with many news outlets now unsure how they will present their political coverage. “We’re really not geared up to present news without hand-fed sound-bites. This will need a total re-think,” said one senior TV news executive.