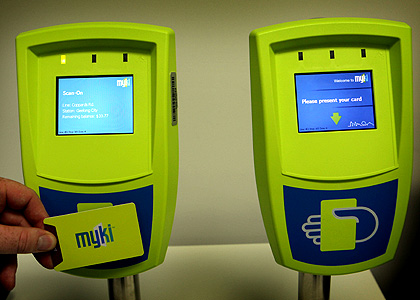 Abdul Hameed Muhammad, a senior figure in Al Qaeda has declared that the terrorist group is behind ‘Myki’, Melbourne’s new public transport ticketing system. In an extensive interview with the Al Jazera news network, Muhammad said that a Melbourne-based Al Qaida cell had been working on the project for years.

“We were looking for a way to cause mass disruption and distress in a major Australian city,” the terrorist explained. “We considered bombings and suicide attacks, but in the end imposing a half-baked, semi-functioning public transport ticket system on an unsuspecting public was the best way to bring the city to its knees”.

Since the system was launched last year millions of Melbourne commuters have had to endure the daily ritual of queuing to get out of train stations and the humiliation of being robbed blind due to system malfunctions.

Muhammad says his favourite feature of the new system is when a user tops up their card and specifies that they don’t want a receipt. “They get one anyway!” the terrorist said, giggling, “It just slows everything down so much unnecessarily!”

Muhammad takes credit for naming the ticket system himself. “I believe there is an expression in English ‘taking the Myki’? It seemed like the perfect name”.

Like all successful terrorist attacks, Muhammad says the element of surprise was essential. “When Melburnians learnt that millions of dollars were being invested in an electronic-based system, the assumption was that it would be more efficient than the paper-ticket system. How much worse we managed to make it surprised even me”.

Muhammad admitted that Al Qaeda had tried to impose similar systems in London and Singapore but that their plans were thwarted when the governments in those cities chose to implement proper, functioning technology.