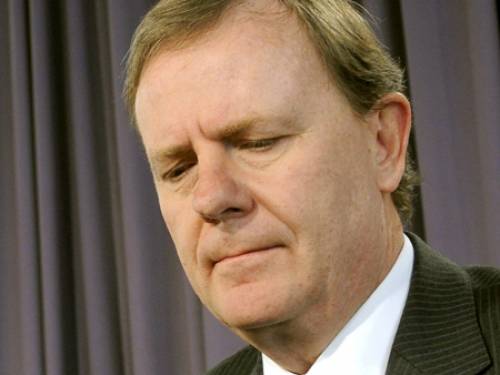 Australia’s longest serving treasurer Peter Costello died yesterday afternoon while eating lunch at a table for one in a Malvern-East restaurant. Reports from staff at the exclusive eatery say they heard Costello reciting the details of every federal budget since 1972 before suddenly keeling over into his bowl of soup.

Tributes have poured in from around the country and across the world for the former deputy Prime Minister and Member for Higgins. Former colleague and current shadow treasurer Joe Hockey said he feels partly responsible for the tragedy. “We all are (responsible). When I had lunch with Peter last year and he spoke at length about the changes in accounting standards in Canada between 1982-88, I should’ve seen the warning signs. I escaped unscathed on that occasion. Peter wasn’t so lucky today”.

Paul Keating said “I used to refer to him as Thallium, a slow acting dope”.

And during a radio interview late yesterday, Michael Kroger said he will miss his former best friend but not his analysis of the average impact of tax-free-threshold variations on forty-two year old males.

Arrangements are underway for a state funeral. Mr Costello was 54.