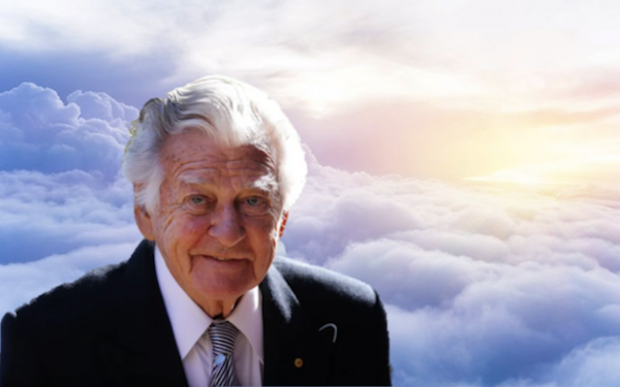 Saying no-one else was going to make the tough choices required to bring Heaven into the 21st Century, Bob Hawke has immediately announced plans to deregulate the afterlife’s economy, starting with the floating of the currency next week.

Hawke, who arrived in Heaven last night, said he was shocked to see the level of inefficiency on display and believed the afterlife was being held back from future prosperity.

Following the floating of the currency, Hawke will begin work on dismantling the outdated tariff system and ending subsidies to loss-making enterprises within the Heaven network. He also announced plans to lift the living wage for angels, while at the same time increasing economic activity.

He began by giving everyone a day off.