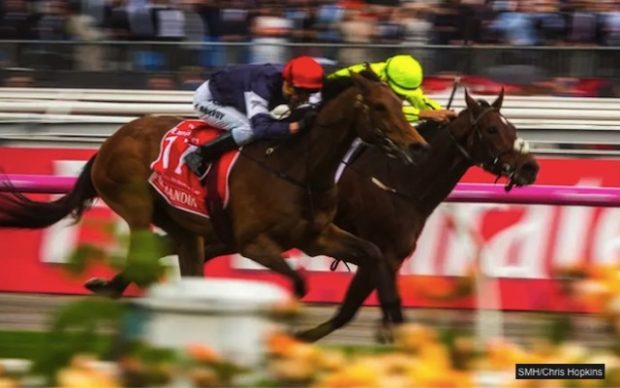 The Victorian Racing Club has announced that the 2018 Melbourne Cup will be relocated from Flemington to Nauru after a last-minute intervention from Home Affairs Minister Peter Dutton.

Mr Dutton ordered this year’s contingent of international horses – which make up the majority of this year’s contenders – to be shipped to an offshore detention centre for processing.

“We have to send a strong message to horses everywhere that we take border security seriously”, warned a defiant Dutton who also expressed concerns on the proliferation of dark coloured horses in local youth gangs.

While Nauru is not traditionally known for its racing facilities, former Prime Minister Tony Abbott said the racetrack there was “very pleasant”.

The horses will be held on the island for a minimum of five years.