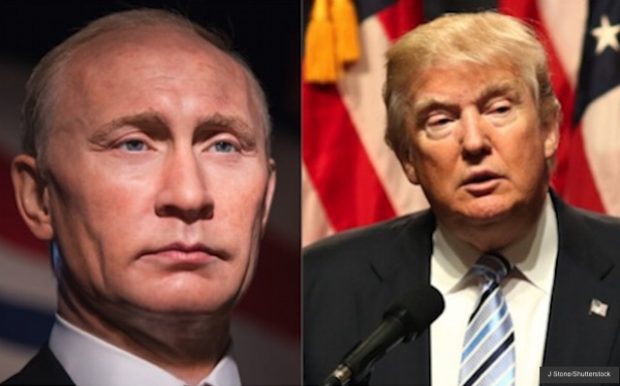 The winner of the 2016 US Presidential election took time out from his busy schedule to meet with Donald Trump in Helsinki today.

The Russian man – who has since handed the day-to-day running of the US to Mr Trump – said it was a chance to discuss the progress of the Russian outpost and to remind Trump of the incriminating video footage he holds of him weeing on a group of prostitutes.

Trump told journalists it was time for both men “to talk in depth about our bilateral ties and what kind of social media strategies the Russians have planned to get me across the line again in 2020”.

Mr Trump denied he was a puppet, but said that if he were a puppet he would be the best puppet the world has ever seen.