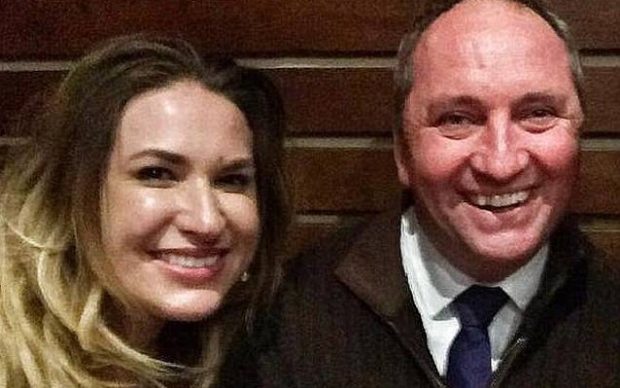 Barnaby Joyce and his new partner Vikki Campion have sold the story of their relationship to the Seven Network for $150,000, saying they would put the money in a trust fund so their son can pay to treat the resulting psychological damage when he’s older.

“We’re going to spend the best part of an hour telling Australia how I cheated on my wife, got his mum up the duff, and then publically questioned his paternity, so the least I could do is put the money aside for some professional help later in life,” Mr Joyce said.

“Fair dinkum. He’s going to be a mess when he’s old enough to work out what an ars*hole his dad is!”

Mr Joyce said all he asked for was that the media respected the privacy of his new son. “Which is why we’re doing a prime time interview about him on Channel 7’s Sunday. Make sure you tune in!”