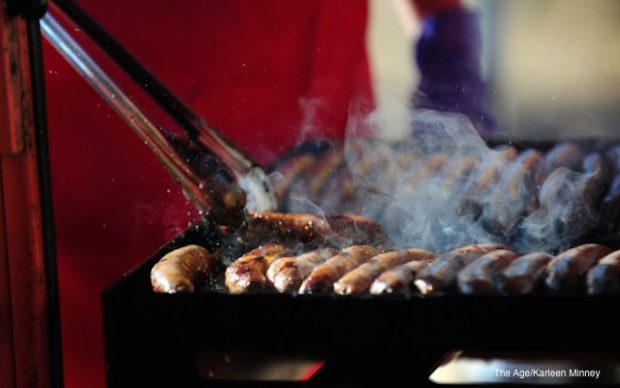 Wesfarmers, parent company of Bunnings, today launched an audacious attempt to take control of all 8,390 polling booths in Australia, in a clear play for the lucrative charity sausage-sizzle market.

Bunnings once controlled 80% of the sausage-sizzle market (SSM), but figures today showed its share had fallen below 10% as consumers flocked to competitor SS operators at polling booths.

In what would be seen as a reverse takeover (Bunnings has just 324 outlets), Wesfarmers would take control of election-day operations at schools, churches and community halls around the country.

“People only come to polling booths because they know they’ll be rewarded with a sausage, which is also the only reason they come to Bunnings. So it’s a natural fit,” a spokesperson for the hardware chain said.

He believed Bunnings could add a lot to the voting process. “No-one puts an oily sausage in white bread like we do – we think we can bring a lot of efficiencies. Get your sausage, vote for your favourite candidate, and walk out with a compound mitre saw you never wanted”.