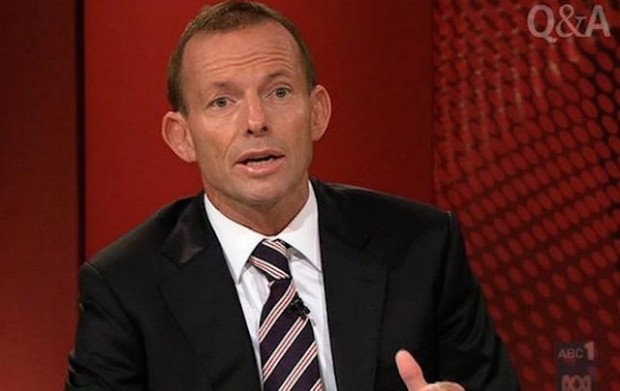 The ABC’s flagship political discussion program Q&A will now just be Tony Abbott standing in a row of empty audience seats asking questions, before running back to the stage to answer them.

It comes following a Government-commissioned review of the program that found the Government’s agenda wasn’t being accurately implemented.

In a ten-flag press conference today, Mr Abbott said the changes were required to safeguard the program’s broad appeal. “This is the best way to ensure Australians hear a wide range of the Government’s views,” he said.

While audience members will no longer be permitted under the new format – a move designed for their own safety – Peta Credlin will be given special access to the studio to ensure the correct questions are asked.

Former presenter Tony Jones will be replaced with a flag.