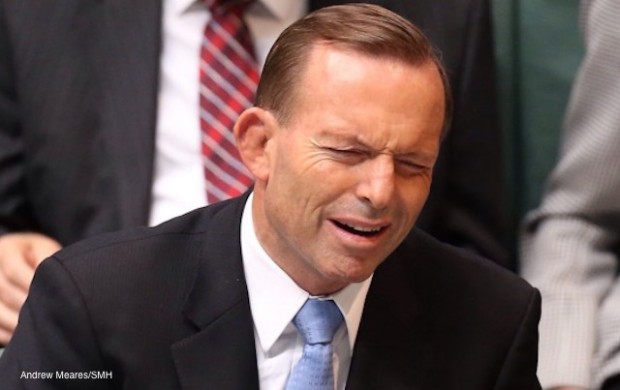 The Prime Minister is totally fed up with being bullied into meeting the expectations of morally-developed nations.

“I think we’re all just so sick of being lectured,” Mr Abbott complained today. “It’s ‘do this, do that. Don’t torture this, human rights that’. It’s all we hear. What’s next? Some kind of international convention for dealing with human refugees?”

He said everyone felt constrained by the expectations of these ethically-advanced countries. “They’re so annoying. All of these rules and procedures and guidelines and policies. They’d put us in a straightjacket if they could. But, let me guess, that’s a no-no too?”

Mr Abbott said he actually had a strong track record for upholding human rights. “I’ve got a wife and three daughters. Sorry, wrong talking point. My government has stopped the boats,” he said.

When asked his opinion on the UN’s claims of escalating violence in offshore detention centres, Mr Abbott said, “Like I said, we’ve stopped the boats”.